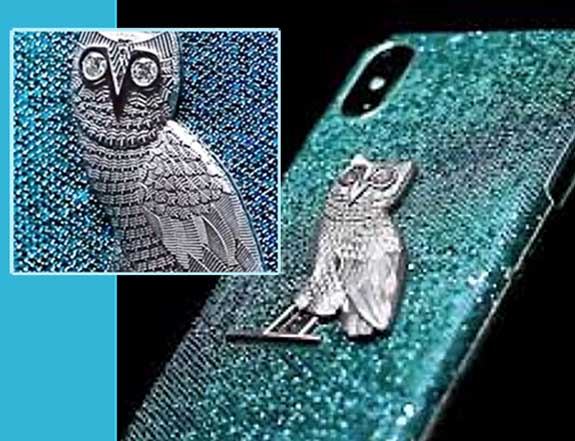 Instagram users got their first peek at Drake’s vision on the page of jewelry designer Jason Arasheben, who posted two videos of the extravagant cell phone case. Arasheben added this caption: “Because we can’t do basic! Diamond iPhone cover for our friend @champagnepapi.”

Drake, whose song “God’s Plan” earned the 32-year-old a Grammy Award earlier this month, is famous for his over-the-top purchases that often feature gold and diamonds.

In July of 2016, we wrote about Drake’s solid gold Air Jordans, a pair of shoes that reportedly weighed 100 pounds and were worth more than $2 million. Designed and fabricated by mixed-media artist Matthew Senna, the shoes represented a gilded replica of the Air Jordan 10s that record label OVO created in collaboration with Nike. 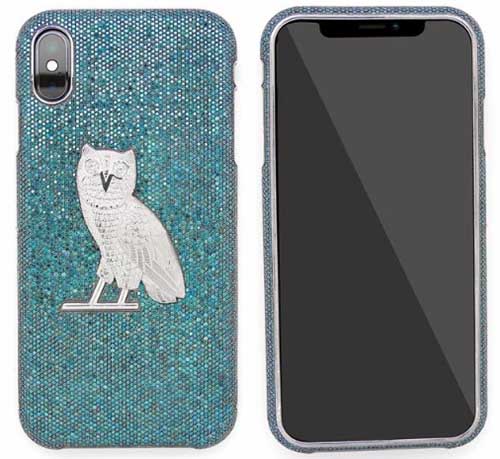 While Instagram comments about Arasheben’s post were generally positive, some users wondered what will happen to the $400,000 case if, and when, Drake upgrades to the iPhone XI later this year. If the newest iPhones are a different size, Drake’s blue bling accessory could become obsolete in a hurry.

Wmagazine.com reports that despite its six-figure price tag, Drake’s iPhone isn’t the most expensive one ever designed. That honor goes to Canadian jewelry designer Anita Mai Tan, who created a dragon-themed 18-karat gold case adorned with 32 diamonds covering 75% of the surface. The case, which is designed to hang from the neck on a chain, is priced at $880,000.